As I hustled my way through a mob of geeks to enter the new cashless and cashier-less Amazon Go shop, I couldn’t help but wonder, what will they do with all the data?

One thing is sure — Amazon Go store, which opened in Seattle January 2018, is just a test phase in a plan to offer an essentially different shopping experience. The store has sensors on the shelf, computer vision and motion detectors, and the whole thing is powered by machine learning. You can just pick up the items from shelves and the computers will understand what you are buying. 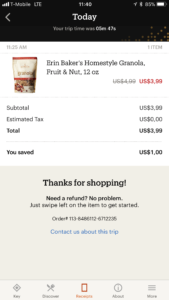 To be quite honest, as there are no cashiers or registers to be seen, just taking what I wanted from the shelves and then walking out of the door I felt a bit like I was shoplifting. Until, of course, I saw I was actually charged for the goods, as you can see from the picture.

Amazon, where does your data go? #AmazonGo

You might think this makes life easier for shoplifters, but an experiment by a New York Times journalist proves this assumption wrong. With permission from Amazon, the journalist tried to trick the store’s camera system, but Amazon still charged him for the goods.

It’s clear that Amazon now has the capability to track our every movement, facial expressions, body language, tone of voice. Applying machine learning on top of that will make it possible for them to predict what you want to eat for lunch or what your comfort food is when you’re feeling down. And for sure they’ll know when you’re in a lousy mood.

Which brings me to a big issue — data. What else can be done with the data Amazon is collecting from their customers? What is Amazon already doing with the data? And the biggest question of them all — how are they going to comply with the EU’s new General Data Protection Regulation (GDPR)? We’ve recently written about the fact that it’s about time for U.S. companies to get serious about GDPR.

A company that has customers who are residents of the EU has to be compliant with the strict data protection rules set in place by the regulation. The regulation will come into full swing at the end of May this year, after that EU residents will have the full right to ask companies what kinds of data have been collected about them and what has been done with these. They’ll also have the right to be forgotten and demand that data collected about them be deleted.

Companies that don’t comply with the new rules may be subject to fines of up to 4% of their annual global revenue (which, in Amazon’s case, would mean billions of euros). This will definitely change the marketing game and it will be interesting to see what kind of effect GDPR will have on the data Amazon might want to sell to third parties.

Leaving the data issues aside, Amazon Go is definitely a breakthrough in the low-margin grocery industry. This new model allows a major reduction in labor costs, one of the largest expenses in retail business.

I believe we’re in for a ride. Amazon is known for having disrupted the traditional book-store industry by first taking book sales online and then rolling out their own retail book stores. I guess it’s fair to assume that Amazon could license the technology behind Amazon Go to grocery retailers either to reclaim the processing fees or to launch a revenue share model.

Amazon is of course not the only retailer trying to redefine the grocery shopping experience. The FT reports that some grocery chains in the U.S. have already announced rolling out their own cashier-free experience this year. At Kroger, for example, you’ll soon be able to scan the barcodes of food on your smartphone as you walk through the aisles, and pay at a self-checkout machine upon leaving the store.

Walmart is also testing a grocery shopping experience without cashiers in places including Dallas and Orlando, saying that by the end of this month, 100 of its supermarkets will allow customers to buy groceries through a smartphone app — only interacting with a human when they show their digital receipt to an employee before walking out the door.

Are we soon going to be feeling like shoplifters in every grocery store we enter and leave? It remains to be seen.

Oleg Shvaikovsky, Executive Vice President at Nortal, has a solid background in leading projects that really create meaningful impact. At Nortal, his team is providing e-commerce solutions for one of the biggest U.S. telecoms that has more than 70 million end-users. He is also passionate about finding and fixing leaks in organizations' revenue funnel to help companies grow. In 2017 he moved to Seattle to boost Nortal’s business in the region. He’d be more than happy to help your company, too. To see how, get in touch with him via email. 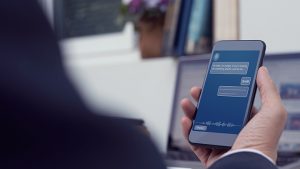 Chatbots & AI – a match made in heaven? 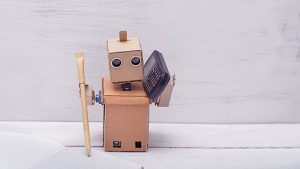 Customer engagement in a 24/7 marketplace 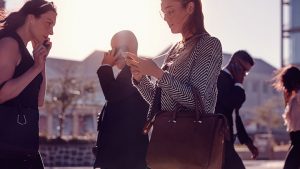 The future of omnichannel — voice commerce 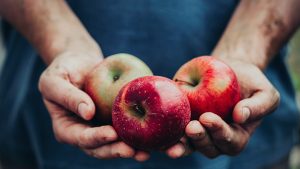