Data can be used for better governance and to help citizens keep tabs on whether the government is doing what it’s supposed to do, Alex Pentland, professor at the Massachusetts Institute of Technology (MIT) told a conference in Tallinn this week.

“Having a sustainable digital market starts with deciding who has the rights to what. Europe is the furthest in the world in having this discussion,” Pentland said, hinting at the EU’s General Data Protection Regulation that will come into enforce on May 25, 2018. He was giving a speech at a conference on the digital single market looking at the free movement of data.

Pentland believes GDPR will help facilitate the data economy; this in turn will bring an enormous increase in economic opportunity for everybody. In fact, it already has. According to the European Commission, the European data economy already taking off — last year it was valued at 300 billion. That’s 2% of EU GDP.

Furthermore, the Commission thinks that if the right policy and legislative framework conditions are put in place in time, the value of the data economy can increase to 739 billion euros by 2020, representing 4% of overall EU GDP. Pentland believes most of these estimates are extremely conservative at best, as we don’t even have this economy yet.

“Data really is the new oil, but it is the new oil for the government as well as it is for industry. We need to think about how to refine and use it,” Pentland said. “Greater knowledge about what is happening is exactly what you need for less corruption, less fraud, greater justice, and a more efficient government.”

I couldn’t agree more. Like Pentland, I am convinced that a first-class digital environment has to stand on solid pillars such as secure digital identities, digital transparency, and a clear understanding of who owns what kind of data. Nortal has played a big part in building these pillars in Estonia and elsewhere. Just recently, we helped the Dubai government in establishing their groundbreaking vision to become a truly paperless government within just a few years.

On top of those three pillars, it should also be possible for the owner of data to easily track not only what kind of data has been gathered about them, but also who has accessed their data and what has been done with it — how it has been analyzed. Although in the government sector this has been a norm in Estonia for many years already, this is not so commonplace in the rest of the world, nor is it always seen as a necessity.

As the Financial Times pointed out just this week, we’ve become accustomed to seeing it as a new norm that data gatherers — whether a telecoms company, social media platform such as Facebook or a utility like an electricity provider — have first dibs on our information. That means information on what we do, how much we spend, where we go, what we watch, the food we eat, what music we like or the state of our health.

Having more transparency about what kind of data is owned about us, what has been done with that information and who has had access to it will help create a better society. And this is where I also believe Pentland is correct: dealing with these issues is about a better life for everybody; data helps people live better, data gives us more transparency and auditability. 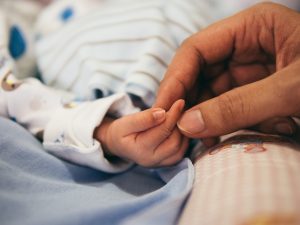 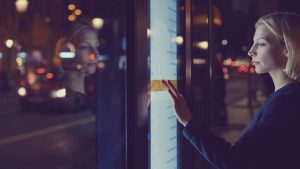 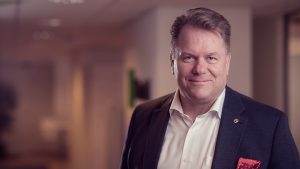