Figures are in and the results are clear: The National Healthcare Record (NHR) system Nortal created for Lithuania has successfully taken off.

Thanks to NHR, Lithuania was able to move from medical prescriptions on paper to ePrescription. Over the past 12 months, the percentage of the country’s prescriptions carried out via the service has rocketed from 1 to 32 percent, putting Lithuania on track to reach the 99 percent usage rate achieved by the equivalent system implemented in Estonia.

As impressive as these numbers are, ePrescription’s popularity isn’t surprising considering the far-reaching benefits it has brought all parties involved.

The paperless system allows patients to receive their prescriptions at any pharmacy by simply showing a valid ID. Not only is this convenient, it saves patients money in two ways. First, patients are always given the option to buy the cheapest available brand as the prescriptions cover active ingredients rather than manufacturers’ brand names. Second, insurance compensations and co-payments are calculated automatically, eliminating the patients’ need to prove eligibility or carry additional documentation.

One of the most profound ePrescription benefits we’ve seen, particularly in Estonia, is that patients with chronic illnesses no longer have to visit a doctor in person for prescription renewals. Instead of booking an appointment, traveling to a clinic and waiting in a queue just to get a piece of paper (particularly demanding for someone with a health condition), a patient can phone, e-mail or Skype their doctor, who renews the prescription with a few mouse clicks. In Lithuania, it is estimated that 25 percent of all primary care doctor visits are for prescription renewals alone, so doctors and hospitals could also benefit enormously from this change.

For doctors, ePrescription has eliminated uncertainty and opened up pathways to better care. Automating the drug compensation eligibility lists, as mentioned above, has cut down on paperwork and prevented erroneously assigned discounts. Such faulty discounts were a big problem for doctors and hospitals that had to cover the cost of errors out of their own pockets.

Thanks to NHR, Lithuania was able to move from medical prescriptions on paper to ePrescription

In Estonia, a function was created that immediately warns doctors of potential interactions with drugs already prescribed. Once a prescription is issued, the doctor now has the ability to check whether the patient has actually purchased the drug, and can follow up if necessary.

Pharmacists, for their part, are particularly enthusiastic about ePrescription. They can serve customers much faster when there’s no need to enter data or decipher semi-legible paper prescriptions.

And, thanks to ePrescription, regulatory organizations in both countries now have a bird’s-eye view of prescription drug use among their populations – which drugs are being prescribed and in what quantities, the percentage of prescriptions left unclaimed, and so on.

Laws and hospital regulations must be aligned to allow the system to function, preferably permitting the extension of prescriptions without the physical presence of the patient. IT infrastructure also has to be put into place – not only the ePrescription system itself, but also national online registries for authorized drugs, care providers and pharmacists.

Ideally, the ePrescription system should be implemented as part of a broader eHealth ecosystem that would already have such registries.

No matter how good an innovation is, convincing people to change familiar practices is always a challenge. For that reason, another prerequisite is change management; that is, educating the various stakeholders and making sure they have incentives.

The task list may sound daunting, but Nortal is here to help. Having been at the heart of implementing numerous eHealth initiatives at the national and hospital level, we are uniquely positioned to guide you through every stage of the process, present options and help you sidestep pitfalls.

For more information about ePrescription, digital healtchare and what Nortal can offer, click here. 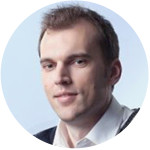 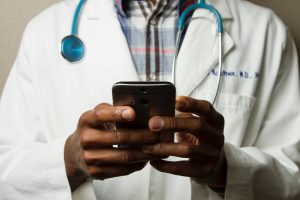 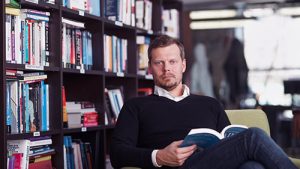 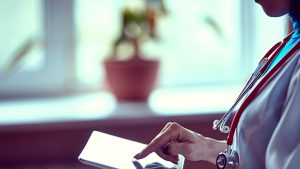